THE UNIVERSITY OF ALBERTA IMPROV GROUP 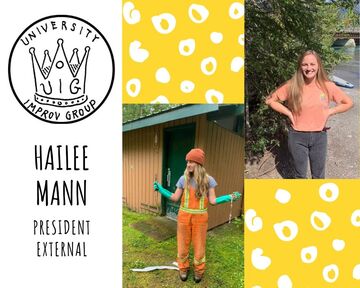 Hailee Mann this year's president external. Hailee (she/her) has a little over a year of improv experience("what I lack in experience I make up for in ENTHUSIASM"). She is in her fifth year of her double major in Biological Sciences and Psychology.
Fun fact: She loves insects SPECIFICALLY bees and will go on about them if anyone lets her (-:
PRESIDENT INTERNAL
Amy Brown 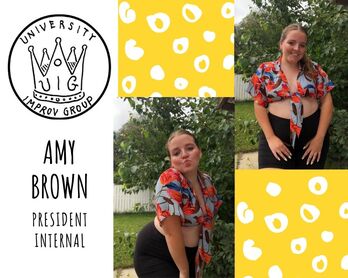 This year's President Internal is Amy Brown! Amy (she/her) has been doing improv for 5 years, and this will be her 3rd year with UIG. She is a Drama major/French minor and she loves a good ol' game of accent roller coaster 🎢
fun fact: she's been to 17 concerts
WORKSHOP INSTRUCTOR
Joel Hanson 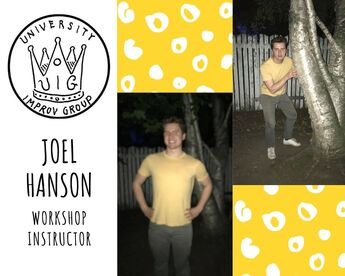 Whose that lurking in the dark? It's one of this year’s workshop instructors Mr. Joel Hanson! Joel (He/Him) has been doing improv for six years, this will be his second with UIG! He’s currently in his last year of the Digital Cinema program at NAIT.
Fun fact: Joel has made over 50 short films, with two of them actually being tolerable.
WORKSHOP INSTRUCTOR
Jack Draper 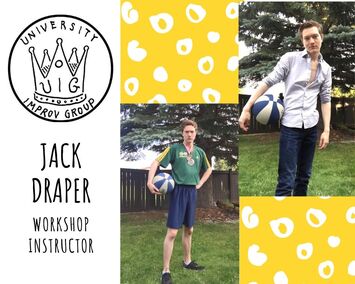 Once he was quoted for saying "Ball is love. improv is life"?? Which does he love more, the world may never know. Introducing this year's second workshop instructor Jack Draper!! Jack (He/Him) has been doing improv for 5 years and is currently studying Arts.
Fun fact: He does not believe in ghosts
PUBLIC RELATIONS
Bethany Dierdorff 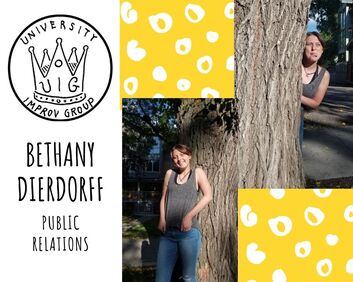 This year's public relations exec, Bethany Dierdorff! Bethany (She/Her) is going into her second year at the University of Alberta, majoring in Marketing. She is brand new to the improv scene having only been with UIG for a year. Although her high school was full of drama....CLUB(get it??). She'll be around taking pictures and making posters! If you see her taking pictures it's probably just for Instagram.
Fun fact: She owns 8 adult plants and 13 baby succulents and occasionally goes by "Plant Mama" due to her obsession with house plants
SOCIAL COORDINATOR
Jackson Thompson 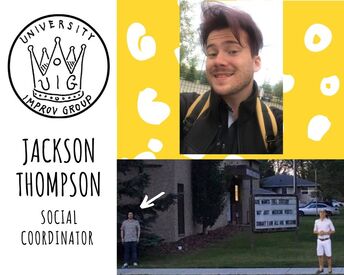 ​It's my pleasure to introduce to you this year's social coordinator Jackson Thompson! Jackson is ABSOLUTELY STOKED to be on the exec team this year! He is also extremely excited going into second-year at the University of Alberta, majoring in drama. You may know him from his witch’s cackle of a laugh that can be heard from kilometers away. He hopes you are ready to have TOO MUCH fun this year.
Fun fact: He has also been in Dead Tired at the New Works festival this year, the local film Hot Box and his first fringe show, Princess Bear, over the summer.